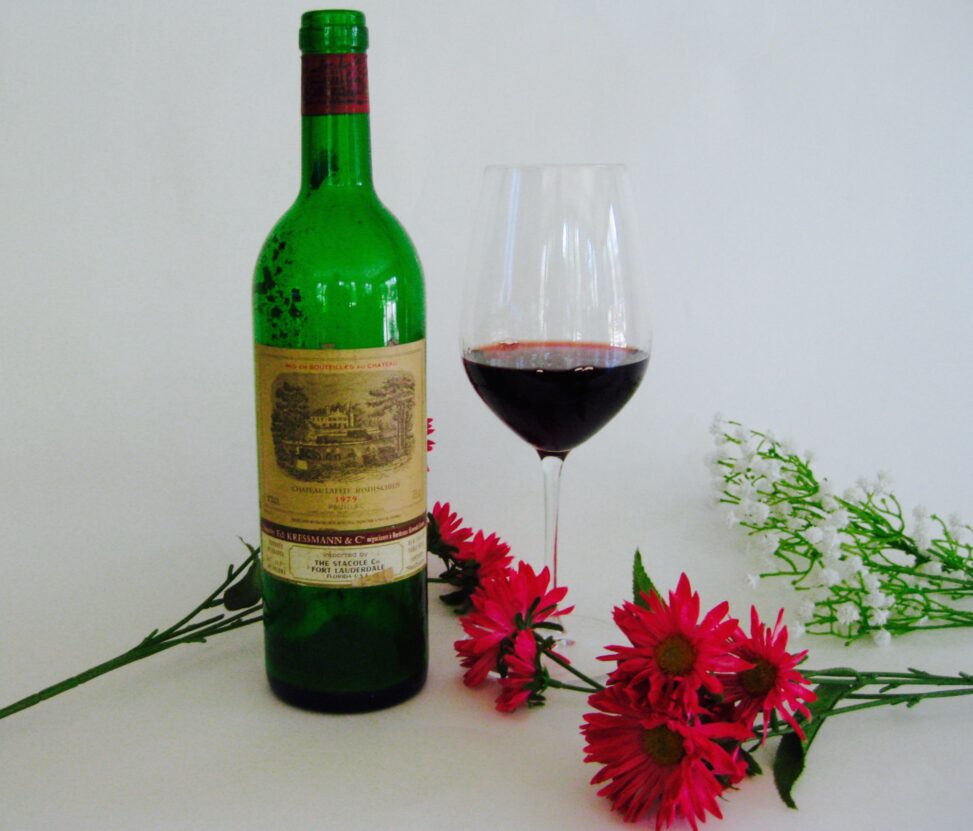 The 1979 Chateau Lafite-Rothschild was red brick with a brownish-yellow edge, had a lot of sediment, showed spice, leather, cavendish tobacco and vanillas from the French oak. Quite easy to drink and it held for nearly an hour after decanting.

It was hard not to compare it to a recently savored 1978 example, which was outstanding. However, the 1979 showed its breeding well. I’m looking toward South America for similar wines to age for my children now, wines I can afford. Since Pro-sports figures have found out about wine and make a million dollars a minute, the rest of us will be left out; Screaming Eagle is an example of “a wine label-drinkers’ wine.” Producers will always charge as much as they think they can get even if it’s worth less than a third of the price. In Vino Veritas.