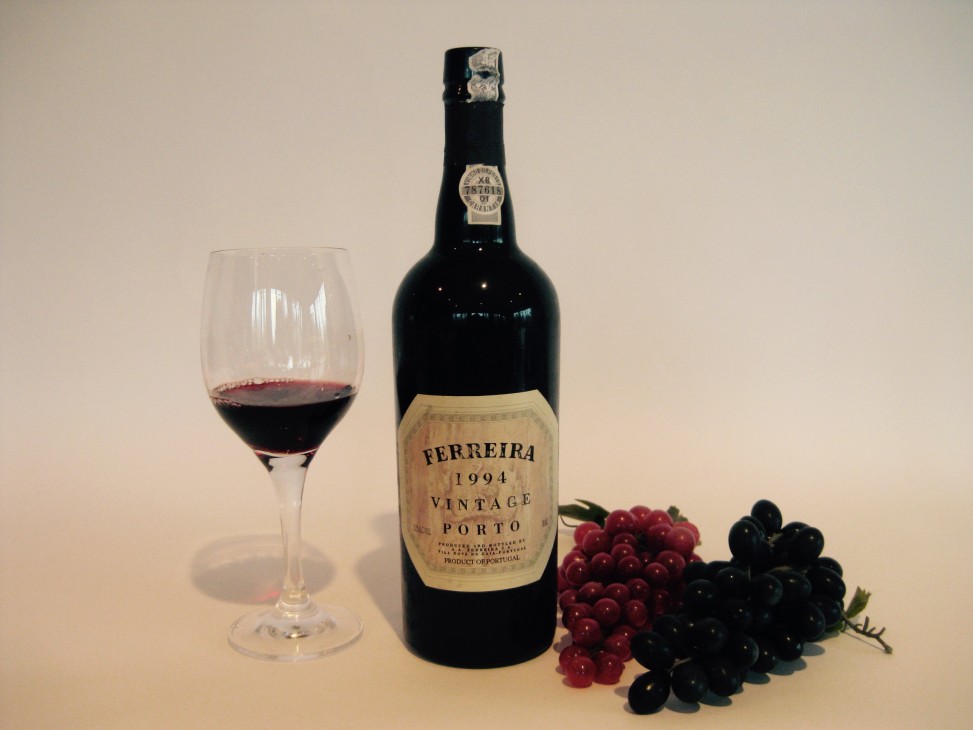 Scoring 19 Dionysian points on their scale of 20, the 1994 Ferreira Vintage Porto has 20.5% alcohol, is filled with rich black fruits including blackberry and black raspberry. Port is a fortified wine, i.e., some brandy is added to it giving it backbone to age. It cost about $40 on release and will age gracefully for at least 50 years.

Opened and served with Stilton blue cheese and walnuts during Dionysian Maynard Johnston’s visit in front of a dancing fireplace with snow still on the ground.

Everyone will come to love Porto as soon as your reach an age to appreciate it. So put some Vintage selections in your cellar now and drink them when you’re much older.