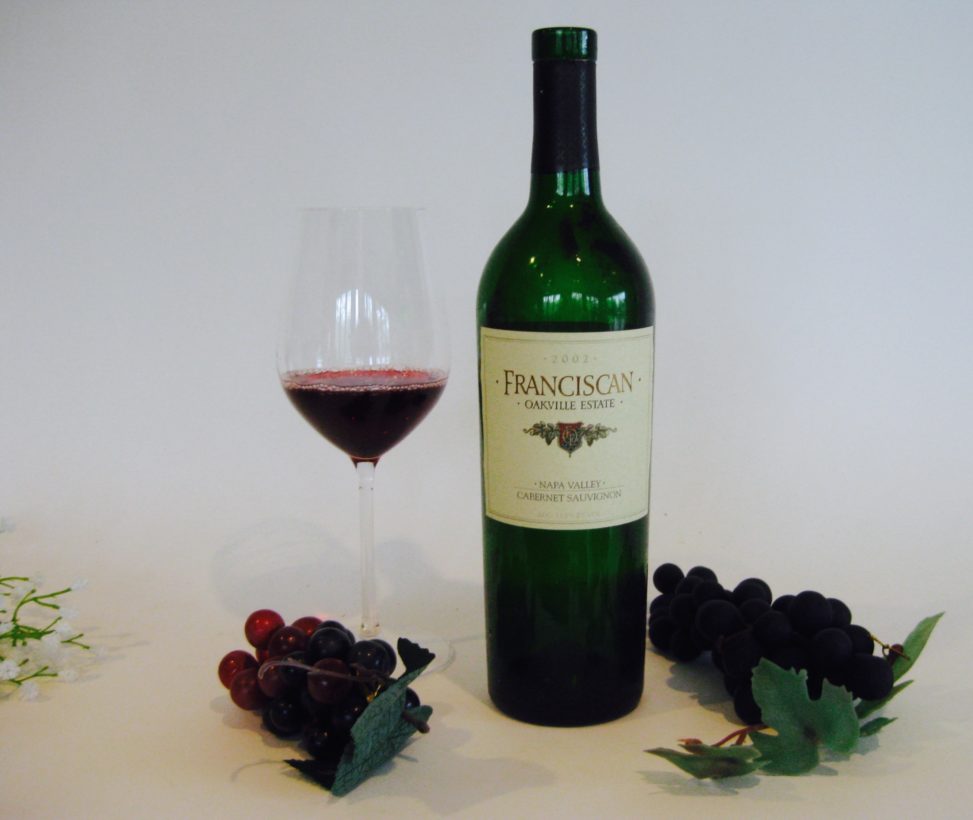 The ruby wine had an orange-amber edge. It sent off tobacco aromas mixed with wood and subtle black fruits. After decanting, the wine was soft in the mouth and continued to open  for another 45 minutes.

It was served with beef and paired nicely. I think 15 years is where this wine would show its best.

Franciscan wines are good buys. This wine was bought in bulk and bottled at their Oakville Estate in Napa Valley.  Just because the back label says “Vinted” doesn’t mean it is poor quality; it just means that they did not grow or make the wine  themselves.

Franciscan is my “go to Californian Cab,”   even though samples from South America are more similar to European wines. The new European tariff is only for wines under 14% alcohol, so I’m sure we’ll start to see much higher alcohol in the wines we like from Europe..